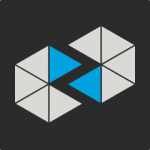 Following the below steps;

1、Make your windows pc connect to your printer’s hotspot via wifi.

Note: Sorry, that file type is not permitted to upload for security reasons, so a link attached, if you can’t get the files, plz contact our support. And it only applies to firmware versions below 3.14, and all OL printer firmware is 4.2.

I never managed to make this work connected directly to the printer SSID, even with your fix.

Instead, I had to physically connect the printer first with a USB cable (connected to the computer) then through ethernet (RJ45 cable connected to the router), to be able to finally activate Wi-Fi.

I had to do that in that order: USB, ethernet, Wi-Fi, to make Wi-Fi work. This is not explained in Uniz docs.

It shouldn’t like that, make your pc which connects to the internet connect to your OL printer by USB to activate.

What you are saying is exactly what I wrote in the first part of my point (2) above: activation by USB from the computer works.

It is the part about how the printer can reach and remember the home Wi-Fi network that didn’t work, which I gave a solution for.

I just got the UDP and my printer sees different Wifi SSIDs but not all of them. The SSID my company broadcasts is not detected. I tried the steps above with no success as well.

Hector, can you verify that your Wi-Fi is not set exclusively on the 5GHz band, and if you have Wi-Fi in the 2.4GHz band can you try changing the channel to a lower setting, i.e. 1 or 2?

Thanks Flux, I checked with my IT team and we are broadcasting 2.4 and 5Ghz, but no luck in capturing the SSIDs. I was able to to activate it by hardwiring my laptop to the ethernet and connecting to the printer via wifi, but when I load up the activation page from UNIZ, the SSID is not shown there either.

Hi Hector, our printer only can work with 2.4G WIFI, if you make sure your wifi is 2.4G but you can’t see it in our printer, you should tell me the firmware version in your printer.

How strong is your WIFI signal? And the signal-to-noise ratio is too low to detect, maybe. Also, it may not be compatible with the routing, can you show me your router brand?

Signal is strong where it is. We have multiple Dell Sonicpoint Wifi extenders throughout the building.

i have the same prolem, i am activating uniz slash plus, and when i am at webpage 192.168.12.1 the printer is not appearing on the list…

I have the same problem, printer will:

2) I can see it connecting to the app(on phone),

3) activated my printer/licence for udp over phone app via slash wifi,

4) phone app says it is connected,

6) usb cord is connected from cpu and printer.

When i go to just turn on the screen(just to test) it turns off within a second. No “pop up” window saying what may be the problem. When this happens printer(front light) turns from solid green to red and will no longer communicate with app. I need to restart(power off then power back on) the printer to get it to connect again. If i import a model on desktop app, it asks me to select a printer. I select the printer version that is showing up on my (phone) app but no success. what am i missing?

Sent Uniz many emails and they sent me the same information over and over again but don’t actually answer my questions. so many weeks have passed that i have lost my UDP trial with them for the UDP printing capabilities (and basically the bottle of resin that was included with the kit) and they will not give me any days back. Uniz is delayed with emails. returning an email more then a week later to which i sent 5 emails; unless i email the same email to as many Uniz employees as possible(min 5), then it is only 2-3 days. i didn’t know time zones are a 3 days or a week long/different (sarcasm) !!!

I have sent them the same information via many mediums, text, pictures/screenshots, i’ve asked for them to call me and gave them my phone number and told the to call anytime. never called.

how do i connect my printer, when all the above is already complete?

can someone point me in the correct direction. or should i start a new thread?

Hello, our office is in Beijing, there will be time difference. Our overseas after-sales email is support@uniz.com. We are sorry for not solving the problem for you in time.

There is even nothing to supplement here, original essay because you have offered the most complete instruction on solving problems that could lead to such failures.