Is there anyways to replace the tank’s plastic film?

It seems that my model had gotten stuck on the plastic film and when I removed it it also remove a layer of the tank film.

Is your resin pool a double film?Did the resin fall on the screen?I suggest that you replace or purchase a new resin pool.

Yes the tank has two layers. Only the first layer tore.

Can the film be replaced?

Buaaaaaaaa hahaha. Sorry Parsa, but welcome in the club! I managed to print just three (3) models and the resin part of the film got a hole.

Let me explain a bit. Uniz DOES NOT use a common FEP film! Instead, they use some undisclosed film for the resin side and the “just in case” film (with two holes) for protecting the LCD screen. It is very difficult to clean the LCD if resin hardens on it! More probably you will break the LCD!

In the following picture, there is a bit of explanation of “what and how”. Actually this is a brilliant idea! Even more so, if the “resin film” would be oxygen permeable. That means that would let some oxygen to pass through and make a “resin film” absolutely non-sticky due to the fact that oxygen inhibits the photocuring process.

3D Carbon and some other 3D printer use this trick! BUT, but… UNIZ does not provide such an oxygen permeable film, UNFORTUNATELY. Although in their own patent they have something very very very similar.

So, what to do?! Well, one thing is to buy a whole vat (resin pool) as @uniz after sale suggests, or be brave and do it by yourself!

If you tell me where are you from, I can help you with some trusted weblinks 😉 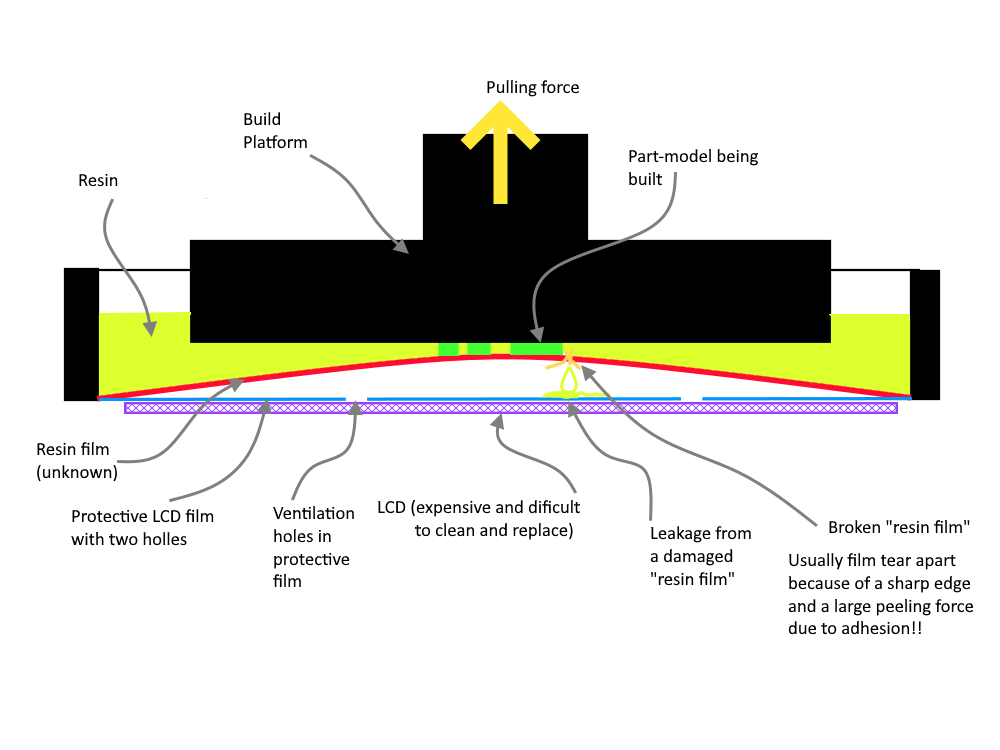 I will be grateful for the link to the FEP film,

and I think I’m not alone …